The FEI WBFSH Dressage World Breeding Championship for Young Horses should have taken place in Verden from December 9th to 13th. The best five-, six- and seven-year-old horses from all over the world were to compete there. But it is precisely the international nature of the Championships that makes it impossible to hold it. „A few weeks ago additional measures were added to the event protocol for the FEI WBFSH Dressage World Breeding Championships for Young Horses by the FEI and the Organising Committee, in an attempt to further mitigate the risks of the Covid-19 virus. Further to several meetings between the FEI, WBFSH and the OC and despite the updated mitigation plan, the regrettable decision was made that the best and only option, in the face of the pandemic, is to cancel the event. While we are sad that this championship, that is one of the highlights of the year, will not take place, we understand and fully support this decision”, explains Jan Pedersen, President of the World Breeding Federation of Sport Horses (WBFSH).

Even though in Germany there is nothing that speaks against holding a sporting competition under special infection protection measures, there are different and stricter regulations in other parts of the world regarding quarantine and testing requirements, travel through and return travel regulations or other corona-restrictions. When it was decided to postpone the Championship to December, there was hope that the situation would then at least allow for a Championship with a limited number of people. But the news now shows that the corona situation in other countries is sometimes worse than in Germany. “The safety of everyone involved is paramount and we can’t expect anyone to take long detours on their journey or to have problems returning home just before Christmas,” says event director Wilken Treu, managing director of the Hanoverian Breeding Federation.

Participants from 23 nations should have started in Verden and be judged by an international judging panel. Before entering the show ground, each person would have had to show a maximum 48-hour-old negative corona test. “This of course presents us with special challenges,” Treu continues. “If several judges could not have arrived due to a positive test, according to the FEI regulations, a German judge could not have simply moved in given that these Championships are World Championships. Moreover, we would have had to expect at any time that entire federations would cancel the participation of their horses at short notice while other nations were already on their way to Verden”.

Together with the associations involved, the German Equestrian Federation (FN), the International Equestrian Federation (FEI) and the WBFSH, solutions were intensively discussed, but in the end all agreed that a cancellation was unavoidable. “I feel sorry for all those who put a lot of work into the planning and organization, and especially for the riders and owners of the horses who qualified,” Wilken Treu emphasized.

“It is very regrettable that these Championships have had to be cancelled, but clearly the travel restrictions have made it impossible for the Organisers to go ahead, even though they had explored every possible avenue to run the Championships safely and behind closed doors”, FEI Director Dressage, Bettina De Rham said.

We know how disappointed the Dressage and Breeding community will be with this news, especially as this year’s seven-year-old horses will have outgrown their category by 2021, but we must continue to place the utmost importance on ensuring the health and safety of everyone involved.

We will continue to support Verden as the host of these great championships and thank the Organising Committee for all their efforts. We hope we can alleviate the disappointment by returning to Verden for a wonderful Championships in the future.” 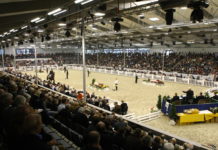 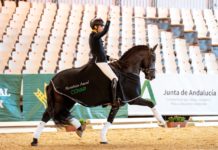 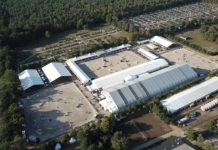